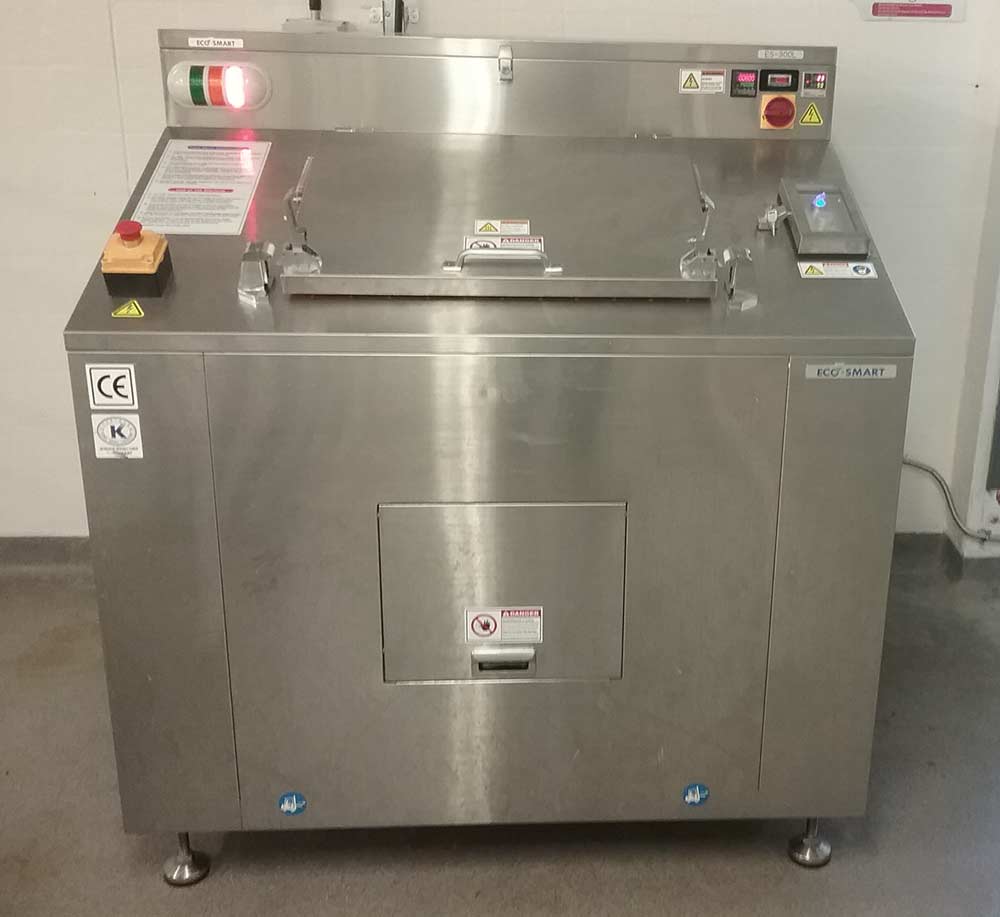 Scotland was the first part of the UK to adopt ‘zero waste to landfill’ legislation in 2014 which included a ban on macerators and the discharge of food waste into the drain system. St John’s Hospital in Livingston was the first Scottish hospital to adopt the technology in 2016.
They now have two ES300 units (maximum capacity 200kg per day) to cover their capacity, rotating their use throughout the day. One unit dries the breakfast, lunchtime meal preparation waste which is generated through the morning and most of the lunch leftovers, being switched on at around 2pm. The second unit accepts all waste generated through the afternoon and the evening meal leftovers and the drying cycle starts when the kitchen closes around 8pm. The first machine finishes drying during the night and is emptied when the kitchen opens at 7am.

Since 2014, Wales (in 2016) and Northern Ireland (2017) have followed the Scottish example and have banned macerators and other technology which discharge food waste into drains. England still has not banned macerators but many organisations are making their own decisions about the sustainability of the practice. In 2020, Mid-Yorkshire NHS Trust took a step in this direction with the adoption of the Eco-Smart food waste drying technology.

​No Food Waste to Landfill for the M.O.D. in the Falklands​

The Immediate Benefits of the Eco-Smart Food Waste Dryer

Choosing the Right Model for Your Organisation

What Happens to the Dried Powder?